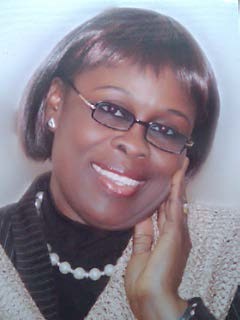 Mrs Tinuade Sewande Aina – Badejo is a veteran broadcaster who has spent 35 years in the media. She started out with the foremost national Radio station Federal Radio Corporation of Nigeria in 1977 as a Studio Manager. In 1979 when the first state Radio station was established in Nigeria, she was seconded to pioneer the station as an Announcer / Newsreader. She became bi- media at the inception of Lagos State Television Service as the main Anchor for the News belt for over 20 years.

In the year 2000, she was appointed the Head of Corporate Affairs of the Lagos State Radio Service. May 2000, she was again appointed the
Director Marketing Radio Lagos and EKO FM. While in this department, the revenues more than doubled attracting letters of commendation from the management and a promotion in 2005 February by the Lagos State Government to the position of the General Manager for both stations. In September 2005 she established the First Internet radio in Nigeria by streaming the programmes of the two stations live on line. On the 2nd April 2006, the stations started 24hrs transmission.

November 2007, she established an Information communication and Technology Centre in IJEDE (Lagos suburb ) where the radio station offered courses for on -line journalism in collaboration with Lagos State Polytechnic and over 374 students have graduated from there, gaining admission to colleges immediately after. In 2008, she registered a Record Label for the station EKO PROMO TUNES. This was followed by a Tape duplicating company. Under Radio Lagos ventures, she established RADLAG WATER BOTTLING COMPANY in February 2009 for the production of TABLE WATER. January 2010 marked the establishment of Rad Lag LANGUAGE SCHOOL. Here, amateur broadcasters are trained to become professionals after a Certificate or Diploma course. So far, over 290 students have graduated from this institute. She has been the Master of Ceremonies at Government’s very important events for the past 25yrs.

In February 2012, in recognition of her contributions to the development of Lagos State in the Information Industry, His Excellency Governor Babatunde Fashola (SAN) appointed her The PERMANENT SECRETARY, LAGOS STATE RADIO SERVICE. She retired voluntarily from service at the age of 52yrs after 35 yrs of meritorious service to her country and state public service to run her own private communication consultancy outfit EXPANDED INFORMATION SERVICES LTD since June 2012.

Tinu Aina Badejo studied Mass Communication, Business Administration and Public Administration from the prestigious and foremost UNIVERSITY OF LAGOS Akoka. She acquired A Diploma, First Degree and Master’s Degree from 1983 to 2004. She is a member of Nigerian Institute of Management. Recipient of many national and international awards including being listed in the Nigeria Book of Great People published in 2007.