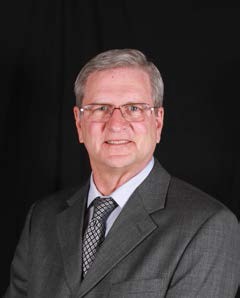 Russ Neal is an electric power industry consultant who specializes in helping companies bring their innovative power products to the utility and industrial markets. After forty years of work in the advanced energy field, Russ is well suited for this task.

Russ has over thirty-three years in the electric utility industry. He is currently a participant in the efforts to revise the IEEE 1547 and California Rule 21 distributed resource interconnection standards, and a member of an industry team
developing a high temperature superconducting fault current limiting transformer. His recent utility experience includes roles as Chief Engineer of a Smart Grid demonstration project, facilitator of a field study on high levels of photovoltaic generation on distribution circuits, membership on the Technical Review Committee for the Hawaiian Solar Integration Study, being a Team Lead in the NERC Geomagnetic Disturbance Task Force, and service as Principal Adviser for his utility’s Advanced Technology Department.

Russ’s prior experience in this utility included managing a department of over one hundred engineers and planners charged with planning for load growth and infrastructure replacement projects in the sub-transmission and distribution systems, and providing engineering support to field forces and customers. In this capacity, Russ initiated the innovative “Circuit of the Future” project, a new distribution circuit designed to facilitate the early deployment of emerging technologies, including fault current limiters, communication aided fault isolation and circuit restoration, a thyristor switched capacitor bank, duct bank temperature monitoring using fiber optic sensors, and composite segmented power poles. The success of this project was instrumental in launching the company’s larger Advanced Technology Department and many of its projects.

His prior roles included service as a District Service Center Manager and Lead Engineer for the distribution apparatus group where he gained familiarity with the manufacturing and quality control challenges of his suppliers.

Before these sixteen years in the transmission and distribution field, Russ worked for seventeen years at his utility’s nuclear power station, primarily as a lead engineer for electric power and controls groups. He was involved in every phase of plant design, construction and start-up operation.

Russ came to his utility in 1979 after five years in the nuclear Navy, where he served on two nuclear powered cruisers as Electrical and Reactor Controls Officer and as Navigator. He qualified as Chief Engineer and as Surface Warfare Officer.

Papers he has authored or co-authored include:

• Developing an actionable EMP/GMD hardening program for an electric utility